We left Salzburg this morning, where the weather was
unseasonably warm, for Bielefeld. Our train to Munich was late,
which meant our train to Hannover was leaving as we pulled in to
the station. We took another train to Nuernberg, where we caught up
with the train we had missed. The trip to Hannover was uneventful,
but we were again late. Fortunately we were able to jump on to the
train to Bielefeld a minute before it left. We arrived safely in
Bielefeld, where we were greeted by our host families. 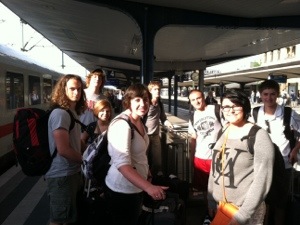 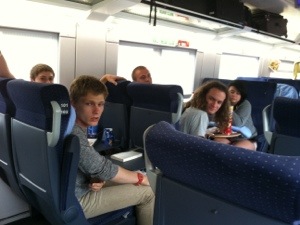 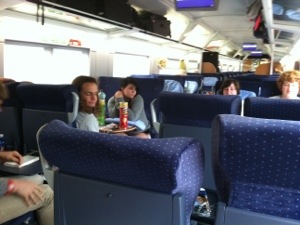 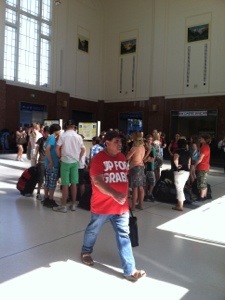