Students participated in a Stadt-Rallye (a city scavenger hunt) in Bielefeld today. They met with their host siblings and formed mixed groups of Germans and Americans and made their way through the city to locate specific landmarks. At each landmark one of the American students would have to stop a passerby and ask them to take a picture of their group as proof that they had found it. This was a bit nerve-wracking for our students, but they did an awesome job. Below are some pictures from the entire group of Americans and Germans and then photos from one of the groups. 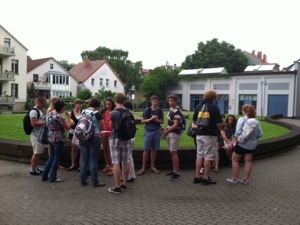 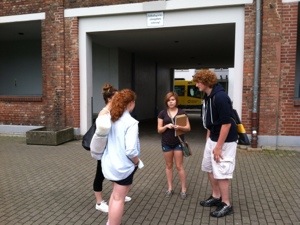 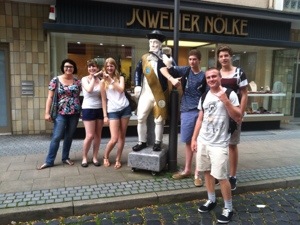 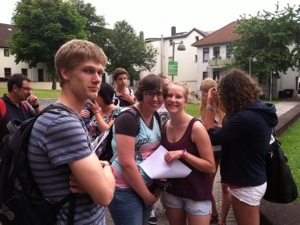 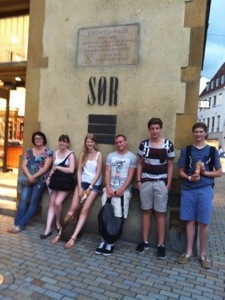 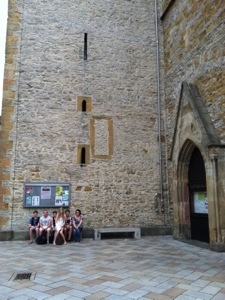 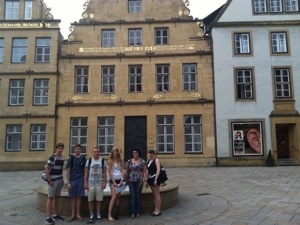