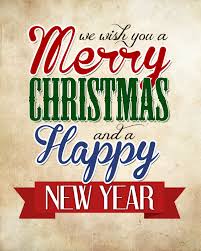 We hope that you have a very Merry Christmas and a Happy New Year!

All sophomore student-athletes from any season are encouraged to participate in the Be the Best workshop on January 12th in the auditorium during 2nd period and SRT.  Please sign up before break at the athletic office or with Mr. Kissinger on Thursdays when he is on lunch duty.  This is great morning of activities with fellow student-athletes on current events in sports, leadership activities, integrity and bullying/hazing prevention.  Excuses vs. Excellence?  Choose excellence by participating!

Starting on January 4th, students and staff will no longer be able to deposit money in the cafeteria at breakfast.  Please see the bookkeeper to deposit your money.  Mrs. Haney can accept cash, check, or debit/credit cards. You can also deposit money or check your balance at myschoolbucks.com. After Spring Break, no money will be accepted in the cafeteria.  You will need money on your account to make ANY purchases.

Seniors: The guidance office has received a new scholarship. If you are planning on going to college for an office-related career please stop in to pick up an application.

The boys JV basketball team will host a holiday tournament on Monday, December 21st at 10:00 a.m. What a fun way to start break by cheering on the Redskins!

The girls JV and varsity basketball teams will host a holiday tournament on Saturday, January 2nd starting at 11:00 a.m. Student tourney passes for this event are only $3!  Come and see the first GHS team compete as the RedHawks!

The boys freshman basketball team lost to Northridge 30-28. Goshen was led in scoring by Bryant Robinson with 14 points and Joseph Good with nine points.

The Lady Redskins C team lost to the Lady Raiders 42-7.

The girls JV and varsity basketball teams will play at Northridge. JV starts at 6:15 p.m., followed by varsity at 7:30 p.m.

The boys JV and varsity wrestling teams will host Northridge at 6:45 p.m.

The boys varsity diving team will compete in the South Bend Washington Diving Invitational at 9:00 a.m.

The boys and girls JV and varsity swim/dive teams will compete at South Bend Riley at 9:30 a.m.

The boys varsity wrestling team will compete in the Hobart Super Duals at 10:00 a.m.

The girls basketball teams will host Ft. Wayne Carroll. The freshman and JV teams will play at 6:00 p.m., followed by varsity at 7:30 p.m.