Two Goshen High School students had their artwork recognized at New York City’s Carnegie Hall recently and then have those pieces displayed in New York for the next two years. 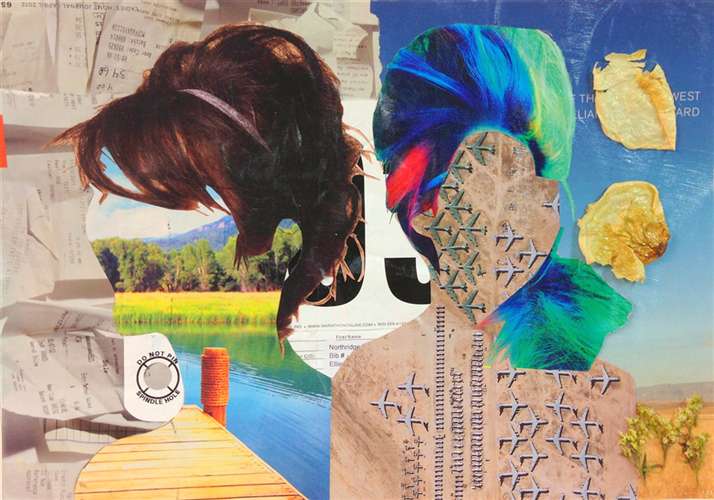 Hostetler’s acrylic painting, “Unforgotten” earned her a silver medal in the national contest. 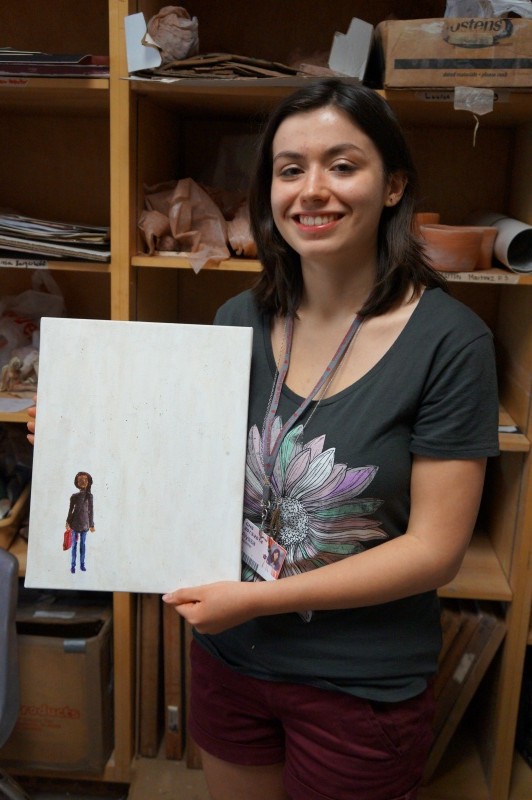 Alyssa Hostetler with her piece “Unforgotten”

To compete at the national level, both had to first earn top rankings in the regional Scholastic Art & Writing Contest.

Hathaway’s piece came out of a concept she had been thinking about for quite a while, she said. Her concept was that there “is nature in the unnatural and artificiality in the natural.” 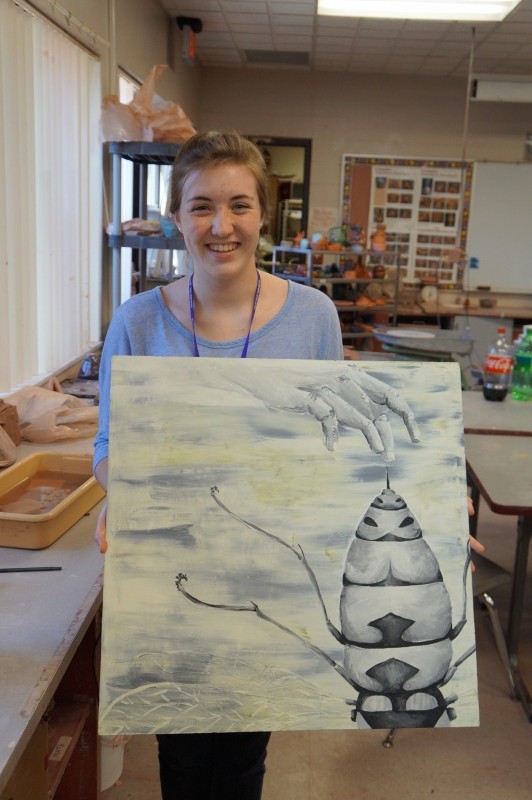 Ellie Hathaway, who gold at the national level, with another piece of her artwork

Hostetler said she approached her award-winning piece in a different way than she usually does for her artwork. She often aims for creating complex pieces, she said, so wanted to try to do something more purely simple. She was inspired by the lyrics of the song “West Coast” by Coconut Records.

Both said they were surprised, but incredibly excited to learn they had placed well at the national level.