How efficient is your car? Thirty Goshen High School students are working on developing a car that can reach 1,000 miles per gallon.

The students are a part of the high school’s Super Mileage Club that builds small vehicles to be as efficient as possible. Of the 30 students who work on the cars during club and class time, 13 students and three instructors will be heading to Houston, Texas in April to test the efficiency of their vehicles against both high schools and colleges’ teams in the Shell Eco-Marathon.

Students have competed in the national contest the past few years with cars in the gasoline prototype division. This year, the students are also converting a car to a diesel system. The largest challenge with that is fitting the significantly larger and heavier diesel engine into what’s supposed to be a light, compact vehicle. 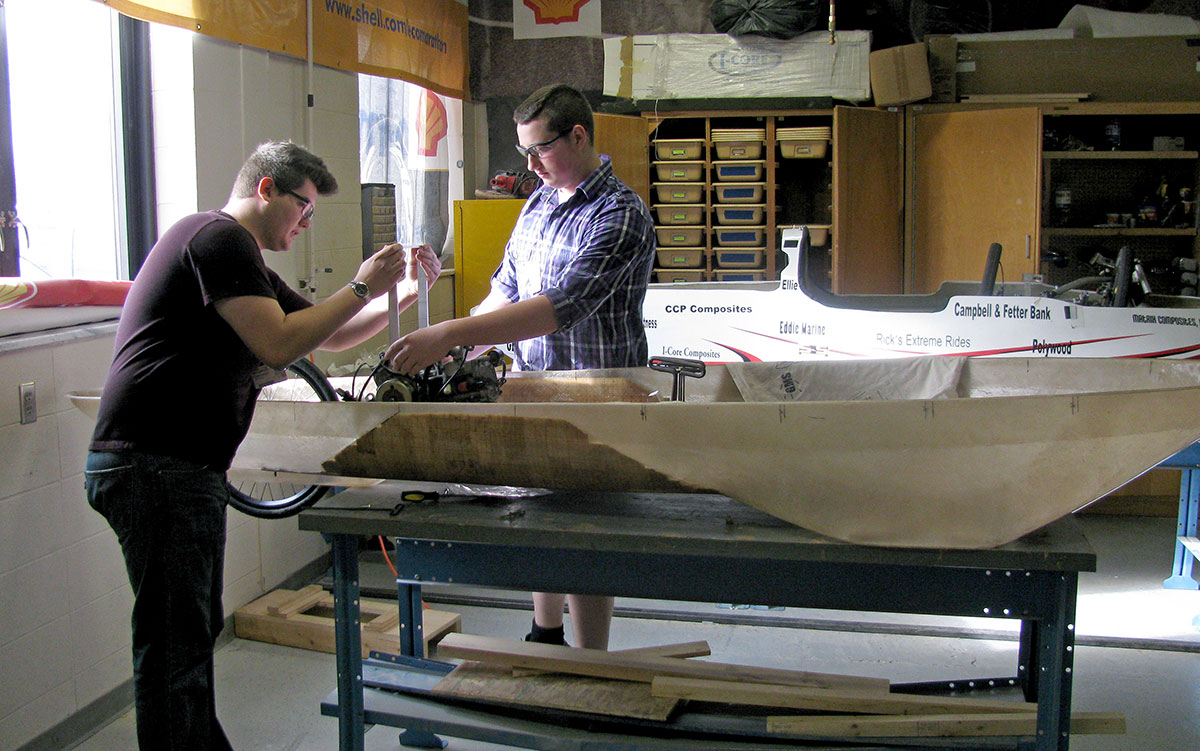 Cameron Gruntman, left, and Wesley Priem, right, work on one of the Super Mileage cars that they hope will reach 1,000 miles per gallon at the Shell Eco-Marathon in Houston, Texas, this April.

The students don’t tinker with vehicles’ engines much, but focus on making the frame as light as possible and the entire car roll as easily as possible, said J.J. Johnson, a Goshen High School engineering technology teacher and the Super Mileage Club’s instructor. That means using as little metal as they can and continually trying for lighter designs. 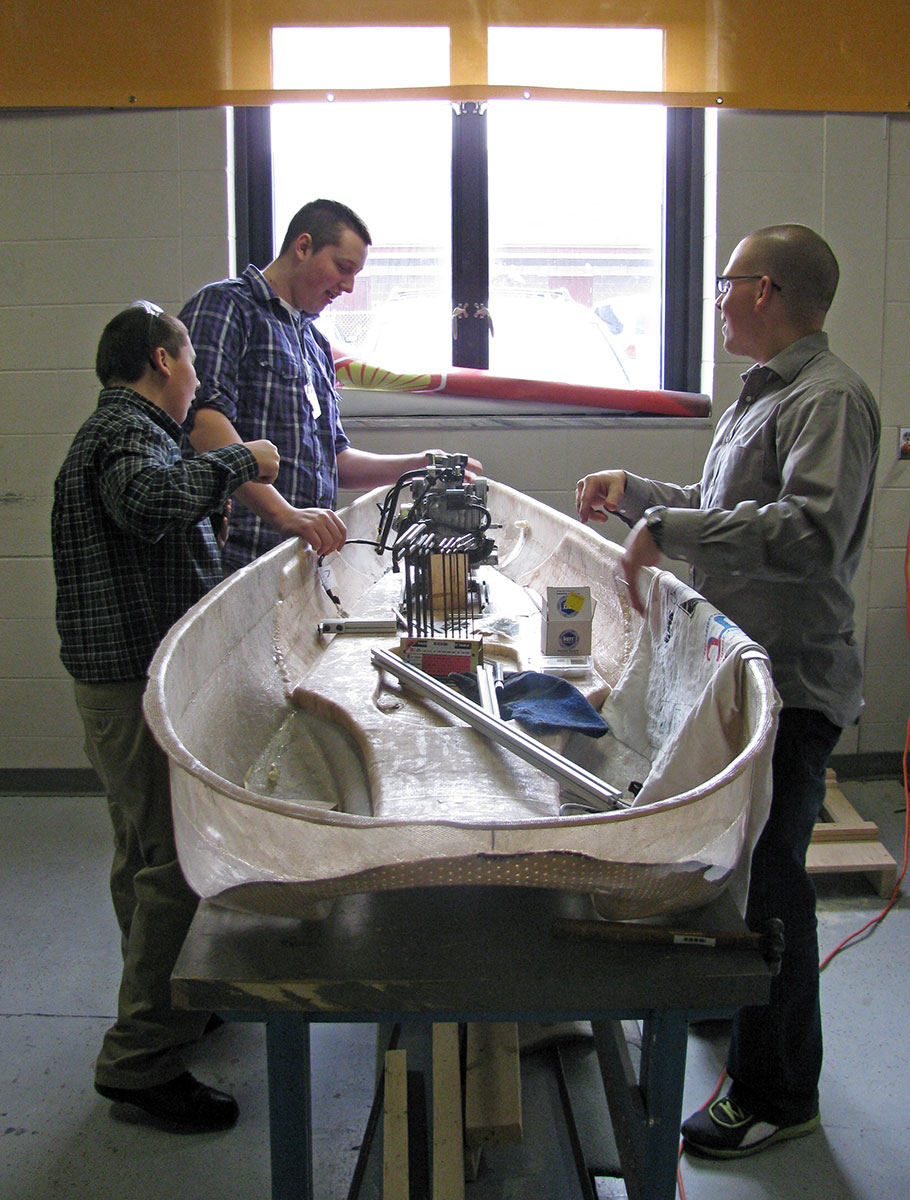 This year, the students are creating one car’s frame out of carbon fiber, which will be much lighter than the fiberglass they have worked with before. Students also 3D print many of the parts for their cars, which allows students to design and create pieces quickly and inexpensively.

Wesley Priem, a senior at Goshen High School who is in his third year in the Super Mileage Club, said that he enjoys seeing the cars emerge through the design and build process.

“I remember when that car was just a roll of fiberglass and a bunch of balsa, and then how it did at Houston,” said Wesley Priem, a senior at Goshen High School, while gesturing to one of the club’s vehicles.

He knew nothing about construction when he joined, Priem said, but Johnson’s enthusiasm got him really excited about the Super Mileage projects. He’s picked up not only construction, design and engineering skills, but is a stronger speaker after learning how to approach local business people about sponsoring the teams.

After graduating this spring, he hopes to pursue some major in the technology field.

Students are also working at achieving a number of goals besides the actual building of the cars, including doing more publicity through Facebook and Twitter. The group also had a booth at the October First Fridays event in downtown Goshen and hopes to be at another later this year.

The Super Mileage teams are still looking for sponsors, donations and other contributions to help cover expenses. One major cost for the club is getting both the students and the vehicles themselves to the Shell Eco-Marathon in Houston. Once the teams are there, though, Shell provides lodging and food. 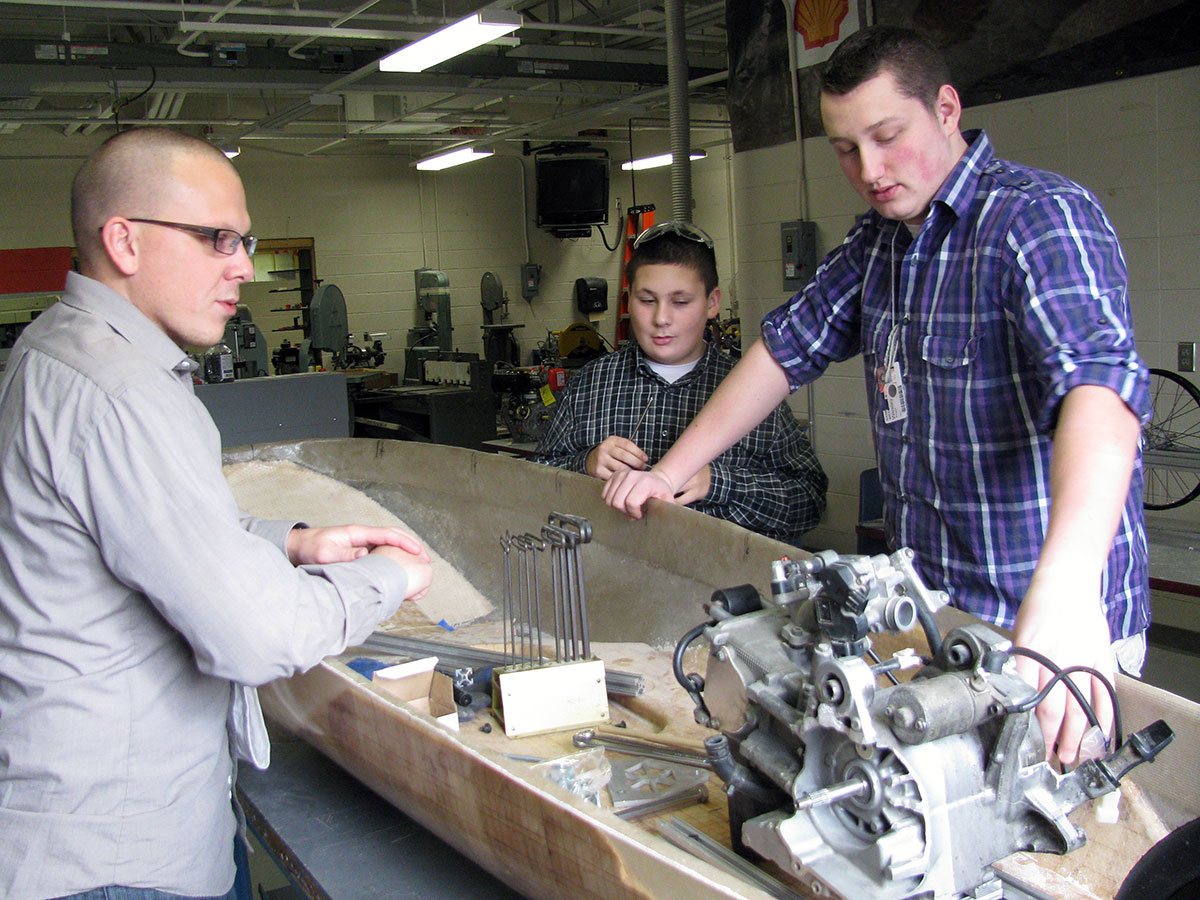