The GHS JV wrestling team has been honored for Exemplary Sportsmanship by the IHSAA, upon recognition by Westview Athletic Director Darlene Mathew. According to the report, the Dekalb & Goshen JV wrestling teams helped with clean up after the JV Westview Invitational on 1-19-17, by helping to roll mats after the meet.  According to Ms. Mathew, “Their help made everything a breeze to put away. Great job on their part.”

Congratulations to Athletic Director Larry Kissinger and Wrestling Coach Jim Pickard for cultivating a culture of sportsmanship and character in GHS athletics. Also, thank you to the student athletes for representing Goshen in such an upstanding manner. Well done, GHS!! 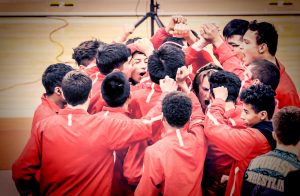 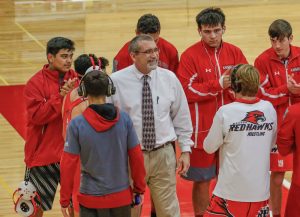